Have you ever noticed when you play a video game, you never use your big weapons? Austin has been playing Bioshock lately, in a fit of nostalgia for 2007, and he’s been holding on to his grenades or rockets or whatever in a pattern that is very familiar to me. I’ve done the same sort of hoarding. The thought process is something like “well, I don’t quite need to use this powerful resource now, and I might need to use it some time in the future, and I don’t know when I’ll get more of it, so I had better save it.”

This is a common human behavior, even outside games. I have some half-remembered anecdote in my head about people on the Pitcairn Islands hoarding eggs well past the time when they had turned into little sulphur-bombs because they were rare and valuable, and just having them was a symbol of status as much as anything. There are pathological cases, of course, like the Collyer brothers. But I’m here to talk about game design, so let’s move our focus there. 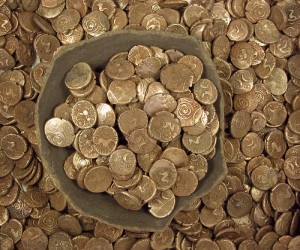 A lot of modern games have what Macklin calls a coin trick. This is an economy of points of some sort that are valuable to the participants in some way usually to do with control over the randomness in the narrative. And often times, players treat these points like Pitcairn Islanders treat eggs. Any time you feel like you can survive without spending them, you don’t.

But sometimes, people spend them like they mean it. When we played Primetime Adventures the other week, there was no hoarding of Fanmail. It came and went, and while Dan was far and away the best at accumulating it, he also got himself into enough situations where it was worth spending that there was never a bottleneck in the economy.

Fanmail, in Primetime Adventures, is just useful enough. It’s not a big “WIN” button by itself, but it certainly gives you an edge, so you want to spend it. On the other side of things, it’s readily available, coming as it does from doing awesome things, which is just what you hope to do anyway. It’s actually a bit more available than your basic stats, which are limited-use and require narrative justification. So you want to spend it because it’s useful, and you feel you can spend it because it’s available.

But that’s a fine balance to strike, and frustratingly, it’s not the same balance for every group. Something we discovered in playtesting Becoming Heroes1 was that different groups have different balance points for spending whatever the coin trick might be. Playing with John and Austin and Allie, we spent both the good and weak resource and the bad and strong resource (Destiny and Doom) like it was our job. The other group that John played with hoarded it like if they got enough they could win. It was too useful and too scarce to them.

What we have tried to do to address this, though, is to put the distribution of the coins in the hands of the players themselves. If you get your coins not through fictional events (which you have little control over) but through your character’s behavior (which you have much control over), you essentially get to chose when you get them, and make them exactly as available as you need. Now, players still have to come to actually understand that access to coins is in their control, but it’s a step.