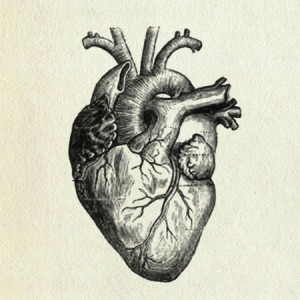 Here’s an idea that I’ve been hashing out with my friends Alex and Amir, neither of whom have enough internet presence to link to, sadly.

Looking at games like Mouse Guard and Dread, we started thinking about limited resources, particularly resources-for-action, and refresh mechanics. Let me unpack that a bit. Both games very nicely constrain action: in Mouse Guard, there are two phases to play, and in one, the Players’ Turn, you can only act n times, where n increases by taking more badness during the GM‘s turn. In Dread, every action brings the group closer to a horrible death by making the Jenga tower more precarious, but every horrible death resets the tower, partially.

Crucially, the way to refresh your ability to act, in both games, is by taking on a certain amount of badness, something you might not otherwise want to happen, but which is genre-required. This is pretty cool; much better than “sleep, regain mojo” or whatever.

Interestingly, even Vampire: the Masquerade and Vampire: the Requiem come close to this—your ability to act isn’t constrained, but your ability to power your super-awesomeness is, sometimes, limited. And the only way to recharge is by the horrid act of drinking the living blood from a human. It’s the defining act of a vampire story.

This inspired a model that I’ve not seen in practice, but would like to try to implement—a circulatory system. Imagine that each player, or perhaps the group, has two resources or traits, each of which comes with problems at the extreme values, and a sweet spot in the middle.

The trick is that the system should, unlike a living organism, actively avoid homeostasis. Only the active input of a player striving for hitting both sweet spots should make that possible. Narratively-mediated ties between the two resources should make it very hard to be in both sweet spots at once—actions that move you in to one should push you out of the other.

The intent is that as resources shift relative values, how people play should shift—and thus how characters act. Obviously, the specifics of both the system and the desired play would depend on the game.

This pattern would encourage a certain kind of potboiler action, providing motivation at the largest at a per-scene level. If you want story-arc pacing, you might include another system, which we could call aging, where some other resource shifts in only one direction, and alters the interaction of the others based on how much of it is left. The closest to this I’ve seen is in Fiasco, where there are a limited number of scenes, and specifically a limited number of successful scenes and unsuccessful scenes.

So, what do you think? Have you seen anything like this in the wild? Have you any ideas for specific implementations?