Unfairness in stories, heroic stories in particular, is the point of those stories. To defeat overwhelming odds in the name of good is dramatic and interesting. Specifically though, heroes in these stories need to overcome the ways the opposition is unfairly better than them. In Tolkien’s tale, the humans fight back against huge armies of orcs by defending themselves in citadels, by gathering their own huge army, and by a neat if ill-advised metaphysical hack against the big bad.They apply their strengths to the weakest points in their opposition, and so counterbalance the unfairness they’re up against.

Unfairness is important in any conflict, real or imagined. You aren’t going to hear a word about giving your opponent a fighting chance in The Art of War. Players know this and tend to act on this understanding to the full limit possible, often abandoning all sense of morality or fiction-integrity in order to do so. It is not uncommon to have one’s villains pale in comparison to the banal, casually sociopathic evil of the so-called heroes who oppose them. Of course, this violates any hero-centric attempt at Unity of Effect in a huge way, to have your “heroes” go about murdering, lying and thieving on a scale that would do nothing but please their Chaotic Evil necromancer antagonist. But this kind of play is essentially aimed at rebalancing the perceived unfairness of the world that surrounds the characters. The strengths that players can use to counterbalance this perceived unfairness are few: min-maxing, and being ruthlessly mercenary. 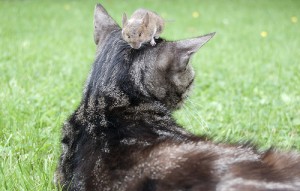 Use your strengths to overcome unfair obstacles.

It doesn’t have to be this way. One of the best things about A Dragon-Guarded Land is the specific way in which characters are effective in our system. Instead of having stats or skills, one has Traits. Only Traits, and Circumstances which I’ll mention later. These Traits are short, true statements about your character. Importantly, they are all equal in strength, and typically characters have the same number of them. In order to be effective, you must leverage these facts about your character in a cool way, and take advantage of any fictional positioning that gives you the chance to bring a Trait in. In our game, fictional positioning is what makes or breaks a fight. You manipulate short-term via narration of Traits in conflict, and the long term by Circumstances, to shift an unfair fight to your advantage. In Baker’s terms, you might say that we have a lot of rightward-pointing arrows, places where the fiction informs and affects the mechanics.

The consequence of this system is that the narrative of the story itself is the battlefield. You’re not living in a vacuum—other things going on in the world affect your ability to win any conflict. Torn up about the villain destroying your home town? He gets to narrate that against you. Conversely, if you convince the villain that there is yet some good in his heart, you get to narrate that. Because of the mechanics we have in place to balance players and their opposition, the narrative state of the characters involved is what really ends up changing the outcome of a conflict from a total loss to a close victory. And this what the genre-heroic fantasy-is supposed to look like. Heroes are strong and victorious because of who they are and because they play to their strengths.

In related news, I am very excited to announce that the main body of A Dragon Guarded Land has been written, and that only editing and artwork remain before we release. Get ready!